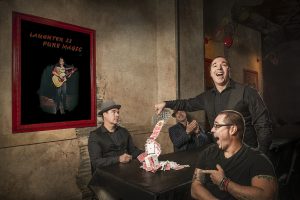 “One of America’s Best Magic Shows.”

“Shades of Jeff Dunham mixed with the ADD of Carrot Top in his prime!”

“One of the best one-man shows I’ve ever seen!”

“Tony you are amazing!  God bless you, brother!”

“By the end of the show, my table of twelve was racked with laughter!”

“The one and only Tony Brent. Keep an eye out for him, Google him, be sure to catch his show; he’ll keep you amazed and in stitches at the same time. All the best, my friend!”
-NY Times Best-Selling Author, Frank Peretti